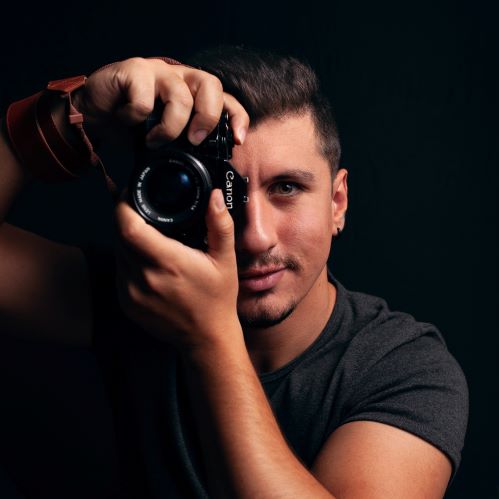 The first thing he told me was, on small crimes less than homicide, the guilty rarely confess, and even if they do, they withhold a lot of information. So even if you partner admits to a one-night moment of weakness, they won’t tell you about the six months of regular cheating.

So, forget about getting a confession.

By the time you’re at this point, you’re ready to “press charges” so to speak and you’re just trying to get additional information to be used against them later.

He also told me to start the confrontation with “I know more than you think I know, so start talking. The truth is the only thing that’s gonna help you here.”

Don’t let on how much you know, this is high stakes poker so don’t show your cards.

He also said that even though you’re gonna search her/his phone, expect to find nothing.

It’s either extremely well hidden or already deleted, unless they’re just stupid. The guilty will hide their evidence in anticipation of the day the confrontation comes. What you need, is to prove that the texts and call logs are missing. You see, you should be downloading the text records and calls from your service provider and familiar with the dates and times. Gaps where they didn’t text the person is likely because they were with them at the time, this probably matches an absence. Remember, you want them to believe you know, but without playing out how limited your information is. Rarely will you have proof of them in the act.

Ask them for their phone.

They will protest this and demand to see your phone, making similar accusations do be prepared for scrutiny yourself. As expected, my wife did this, saying “I don’t even know your password, you won’t tell me”. Keep in mind, the guilty fear discovery, they’ll be more concerned about what you’re doing with their phone than going through your phone. So observe their level of interest in finding damning info on you.

My wife barely scrolled the texts list and didn’t even go into the pictures (which many guys keep). She was looking at the phone in my hand as I was scrolling through innocuous texts. “See, I don’t know what you think I’m doing”.

Then I went to the phone icon, typed in his number and pressed the text icon, no messages (big surprise, right?) I went back to his contact and showed it to her and said “where’s his texts at?” She was like “we don’t ever talk”.

I called BS and told her that just last month alone she had over 900 texts with him, where are they?

She acted incredulous but she knew that number was probably pretty accurate. She admitted to deleting them (partial truth right?) because they were talking about how she wanted a divorce in florida but she wasn’t ready to tell me yet. Don’t give too many details like how far back you suspect it. You can give a little to add credibility that you already know everything. Knowing how many texts helped me because it was a hard fact and irrefutable and sent the message I wasn’t lying when I said I knew things.

What I said above is how the guilty act. See, the guilty fear discovery. They will dodge, deflect, etc. Even expect them to tell you where they went, but remember how much they tell you. If the details are vague and reaching, keep pressing for more information.

Many lies are only minimally planned.

They might be able to tell you about going to the bar with the friends, but they won’t have much details like how someone almost got punched, or who won at darts, etc. Spouses will tell you about their fun night with friends voluntarily, but the guilty spouse will want to know why you keep asking.

As I said, they already know the confrontation is coming.

So they’re already planning their response. They’re thinking to themselves “how would an innocent person handle this?” This even goes for calling light attention to themselves. My adult daughter called my wife and accused her first. Wife then told me about the confrontation. Two reasons…she had to talk to me first to steer the conversation in case daughter called me. But also because the guilty think if they stand in the light a little, that the attention goes away. I was stupid and should have asked why our daughter thought that, like what specifically she said, etc. I should have even called my daughter.

How would your innocent spouse respond if talking to you about someone else’s accusations against them? They would likely welcome an opportunity to give unsolicited explanations in detail because they have a clean conscience.

Now, think about how an innocent person handles the confrontation. They would likely be annoyed that you want to see their phone because there still is some expectation of a minor level of personal privacy. They would still surrender the phone without much fight. They would be confused more than anything really. The innocent don’t try to deceive and don’t certainly rehearse it.

Also, remember this…The best lies have some truth mixed in them.

My wife claimed she was alone at the tattoo shop getting sketches done. But she didn’t come home with any sketches, she didn’t take pictures of them, and had very little detail. She showed me online pics of what she wanted. Her appt was at 1, but she left the house at 11:30 and would have only needed 45 minutes to drive there. She came home about 6. Now, I believe she went to the tattoo parlor that day. But, I believe she went to his house first, they went together, got an appointment card for another appointment (future alibi?), maybe had a nice lunch together, and then went back to his place for a romp and then came home. It was that evening I confronted her.

So don’t expect just because they can prove their whereabouts, doesn’t mean they can account for all the time easily. She said traffic was really bad, but no details about the crash like a blue Honda flipped over, etc. She also said she went to home depot looking for some rings for a lifting strap but couldn’t find them (empty handed errands).

There’s more things he taught me but I can’t recall all of them. Will update if I remember.