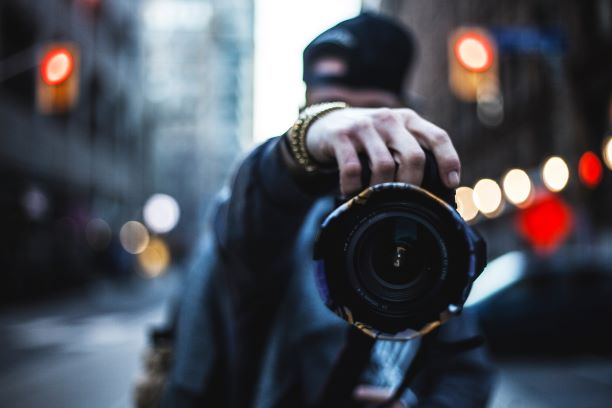 This is going to be a weird story so hold onto your butts.

A few years ago I wanted to become a private investigator. I sought out a training course offered by an inexpensive online program to familiarize myself and ended up completing the course with honors and securing work with the company that offered the course. During the course of my work I discovered evidence of serious corruption in private prisons pointing to human trafficking. I started leaking info anonymously to various image boards.

On an out of state trip I was misled by a faulty, possibly hacked GPS that brought me to an abandoned warehouse lot. I had a very bad gut feeling then, drove away and discarded the GPS and soon noticed I was being followed by blacked out SUVs with NYC plates. I managed to lose them but was pulled over and arrested for speeding. The state trooper sent me on my way after paying bail and being charged with a misdemeanor. I went home and tried to collect my thoughts. It was not long before I was being threatened via anonymous message by someone referring to themselves as “we” claiming to be acting for the Fraternal Order of Police.

They threatened to use a microwave weapon on me (like the kind used by military, called an active denial system), using this weapon to turn me into a pizza/hotpocket and castrate me. This threat was so out of left field and bizarre I did not think to save evidence of it, my reaction was that I was being trolled by someone immature. Soon enough however I noticed cars parked outside my former home. In one I managed to catch their face but the rest peeled out after being parked in the driveway when they noticed I noticed them.

This is where things get weird. One day I suddenly felt like I was burning and could smell my body being cooked. From this point onward life became surreal and terrifying. I lost sleep for days at a time and was having full blown hallucinations. Reality at this point was an unreliable thing and recalling details is a mess. I was quite convinced though that whoever threatened me was not a troll but someone fully capable of making good on their threat and they were now frying me with an energy weapon. Not being capable of functioning and not wanting to fall into the delusion of self diagnosis I asked my mother, the only person I felt I could reach out to, if she could hire a PI for me to investigate what was happening.

She did not do this and instead called the police on me and filed a false report. She was good friends with the chief of police in my town and I believe they had a particularly close relationship but I have no evidence for this, only a hunch. I do not know exactly what she told them or what he told her but he arrived ready to kill me.

Had it not been for 2 other officers responding to the call giving me a chance to negotiate with them I believe the chief would have attempted to kill me as he arrived with SWAT on the way and they tend to shoot first ask questions later.

They arrested me and I refused nominal bail to get away from the chaos and go to a controlled, well monitored jail cell. Given my aforementioned knowledge this may have been unwise but I was gambling on not being in a position where I would be even more vulnerable and that bet worked in my favor.

I ended up working with an attorney who advised I go into involuntary psychiatric care. The day I was admitted the feeling of being cooked stopped abruptly despite refusing all antipsychotic medication until after 5 months in treatment. I was told by pretty much everyone in treatment that I was delusional and having a severe psychotic break and was diagnosed with schizophrenia.

I was deemed incompetent to stand trial for the false charges and eventually released when I agreed it was all in my head and cooperated with medication.

The chief of police involved in this is now retired and has a position as a county selectman. I do not know if it was him and associates leveling the threats, someone else or whether this was all a genuine delusion and I have a serious illness that would obviously prevent me from working as a PI but I do feel as though my aspirations have been thoroughly shattered and I’ve only recently been able to look at this in a reasonably level headed way.

There was one piece of evidence which i was betting on, these circular radiating burn marks in my bedroom, which my mother covered up before selling the house while i was in involuntary psychiatric care.

I have long gotten over all animosity surrounding this situation but I still want to know the truth of what happened.

What would any of you experienced PIs advise I do?